For California drivers under the age of 21, driving under the influence (DUI) will result in severe penalties. The state has a strict zero-tolerance policy towards underage DUIs. If a driver under the age of 21 in California is arrested for a DUI, their driver's license will be automatically revoked or suspended. The limit for a DUI for an under-21 driver is only 0.01 percent blood alcohol concentration (BAC). If an underage driver refuses to submit to a chemical test, their license will still be automatically suspended.

Arrested for a DUI while under 21 in California? Contact our attorney today to start discussing your options.

Teenage drivers in and around Fresno fall into a special California state license classification. They are considered "provisional licensees." As a provisional licensee, a teen driver must comply with a number of rules that older drivers are not subject to. This includes what time of day they can drive, who can be in the car with them, and what BAC level will subject them to a DUI arrest.

What are the Penalties for an Underage DUI? 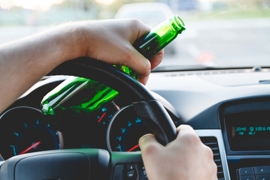 It is illegal for drivers under the age of 21 to drive with a blood alcohol concentration of 0.01 percent or higher. This zero-tolerance policy applies to drivers throughout Fresno and the rest of California. If the police or highway patrol pull you over and suspect a DUI, you will be arrested and required to undergo chemical testing to determine your BAC.

If this is the first DUI offense, your license will be automatically suspended for one year, provided your BAC is over 0.01 percent, or you refuse to submit to the BAC chemical test, or you do not complete the breath or blood test.

Additional penalties may include: mandatory enrollment and attendance in an alcohol and drug educational program; fines and fees; jail time (or a work alternative); and possibly an ignition interlock device (IID) installed in your car.

Even if driver's under the age of 21 are not under the influence, they may still be subject to penalties if they are found with alcohol in the vehicle. It is illegal to to have alcohol in the car of a driver under the age of 21, unless the container is full, sealed and has never been opened and they are in the car with a parent or legal guardian. Violation of this law will result in a fine of up to $1,000, suspended driver's license for one year, and vehicle impound for thirty (30) days.

My Child Was Arrested for DUI - What Should I Do?

No parent ever expects to receive a phone call or visit from police informing them that their child has been arrested for driving under the influence (DUI). While teenage DUI charges often stem from a momentary lack of judgment, this one-time mistake can carry lifelong consequences – making it crucial that you take action immediately to protect their future and freedom.

If your child has been arrested for DUI, be sure to do the following:

We have the skills, knowledge and professional representation to guide you through the legal process from beginning to end anywhere in Madera, Kings, Tulare, and across the entire Central Valley. If you have questions regarding a DUI for a teenage driver, or any other criminal case or investigation, do not hesitate to contact Wapner Jones, PC to schedule a free consultation.