DUI Checkpoints These Are the Times When You Need the Best

California law enforcement use sobriety checkpoints as a way to discourage drivers from driving under the influence (DUI). Under the California Vehicle Code, the legal limit for intoxication is a blood alcohol concentration (BAC) of 0.08 percent. If the police find that your BAC is 0.08 percent or higher, you will be arrested for a DUI. For driver's under the age of 21, that limit is only 0.01 percent BAC.

If you are facing DUI charges due to a sobriety checkpoint, discuss your options in a FREE consultation now.

A DUI checkpoint is generally established on a public highway or road so that law enforcement can check drivers to see if they are driving while intoxicated. Often times, sobriety checkpoints are set up on weekend evenings, or during the holidays. The Fourth of July, New Year's Eve, and Thanksgiving are popular DUI checkpoint holidays. These checkpoints may also be set up to coincide with a public event where alcohol may be served. 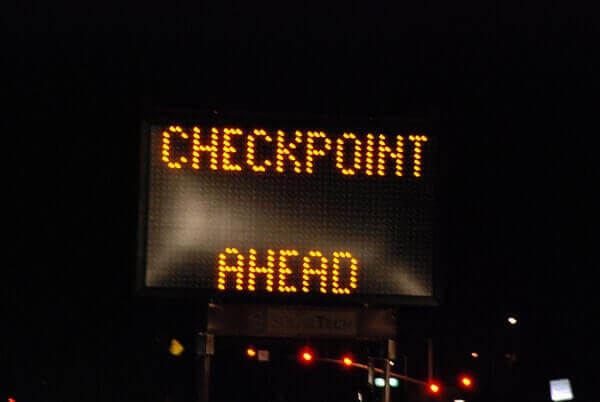 By observing a driver's actions during these FSTs, the police officer will attempt to gauge the driver's balance, coordination, dexterity, and memory recall. These factors can be influenced by alcohol, and the amount of alcohol consumed can affect a person's ability to perform these tests. Officers in Fresno will use the results of their investigation as justification to make a DUI arrest.

A side effect of sobriety checkpoints, is that they help police to apprehend other offenders in and around Fresno. A checkpoint may result in the police citing people for other traffic violations, or arresting people who are driving without a valid license, or for other criminal charges.

The state provides law enforcement guidelines for setting up and conducting a sobriety checkpoint. For example, once a location is approved, there must be a formula in place to dictate which vehicles will be stopped and investigated. Random vehicle stops are not permitted. The police can not stop cars based on arbitrary reasons or preconceived ideas.

Sobriety checkpoints must also be conducted in locations which ensure public safety. This includes flashing lights, clearly visible police vehicles and police officers, and proper warning signs. If an officer is conducting a breath test of FST, they can only detain the person for as long a time as necessary to determine whether the driver demonstrates signs of intoxication. If the driver does not show signs of impairment, they are to be timely released and allowed to go about their business.

Have you been charged with DUI after a sobriety checkpoint in Fresno, Tulare, Kings, or Madera County? Whether you are facing your first DUI offense in Fresno, or even a felony DUI charge, you don't have to plead guilty. We can help you fight for your rights.

Please contact Wapner Jones, PC to schedule a consultation. We can discuss your case and explore your options after checkpoint DUI.