Vehicular Manslaughter These Are the Times When You Need the Best 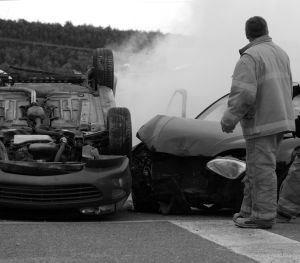 The burden of proof is again on the district attorney and it must be shown that:

As with all criminal matters, the burden of proof for this offense is with the district attorney and in order to meet that burden, the prosecution must show the following elements:

What is the Difference?

The two laws differ due to the element of gross negligence, which means that "a person acts in this manner when he acts in a reckless manner that creates a high risk of death or bodily injury that a reasonable person would consider to be dangerous." Thus, the standard of gross negligence is considered to be at a higher level than that of simple carelessness or inattentiveness.

However, as with most crimes, the penalty may be enhanced if you have been previously convicted of a similar charge or charges in the past. In accordance with the law, thus, should you be charged with gross vehicular manslaughter while intoxicated after having been previously convicted of the crime, the possible sentence may be imprisonment for a term of life with the opportunity to seek parole after serving 15 years.

Get Defense to Vehicular Manslaughter Charges

If you are facing charges related to the offense DUI in the San Joaquin Valley, including Fresno, Kings County, Madera County and Tulare County, do not think that your only choice is to plead guilty. Take a moment to contact the Fresno vehicular manslaughter attorneys at Wapner Jones, PC and schedule a consultation in order to discuss the facts of your case and be advised of your options.